In Los Angeles, ‘tiny homes’ spring up for homeless people

PHOTO: Los Angeles has established several “tiny home villages,” including this one in the Tarzana neighborhood, to help the homeless

In a parking lot in Los Angeles, a village of miniature prefab houses has sprung up, one of several sites in America’s second-largest city where so-called “tiny homes” are being put up to help the homeless get back on their feet.

The City of Angels has a large homeless population, second only to New York. Tens of thousands live rough — their tents, and their distress, are plain for any resident or visitor to see.

In the Tarzana neighborhood, 76 tiny homes paid for by the city have been erected. Each is 64 square feet (six square meters), and is equipped with two beds and shelving as well as air conditioning and heating.

Each one costs $6,500 and can be set up in just 90 minutes. Toilets and showers are shared, and state-of-the-art washing machines face large, bright orange tables under umbrellas. The set-up feels a bit like a campground. 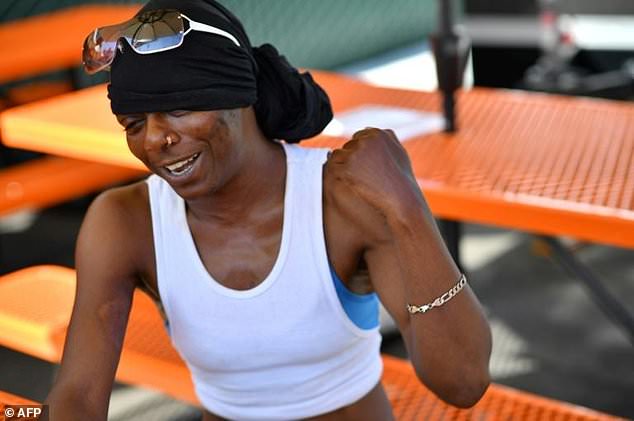 Zuri-Kinshasa Maria Terry, 46, speaks about her experience of being homeless and ending up in an intensive care unit with Covid-19 last year before finding shelter at a tiny home

Zuri-Kinshasa Maria Terry, 46, has just moved into the Tarzana development.

The former stripper says she ended up on the streets a year ago, after two weeks in intensive care because she had contracted Covid-19, and waited two months for the tiny home village to open.

“It was the scariest thing in the freaking world to be out there,” Terry told AFP, adding she was “still grasping” the fact that she had found a steady place to live.

In addition to allowing a certain privacy, she said the main advantage of the tiny homes is “safety,” as compared to either living on the street or in a traditional shelter.