Neighbours fed up with Bill Gates

Bill Gates is giving his $57 million oceanfront estate a makeover despite buying it in “immaculate condition” and neighbours are unimpressed.

Before announcing their shocking divorce, Bill and Melinda Gates shelled out a whopping $US43 million ($A57m) for an oceanfront estate in San Diego – the latest hot spot in California.

But it looks like Mr Gates, 66, is the one to snag the idyllic property for his own use – and he’s customising it to a T, the New YorkPost reports.

The initial six-bedroom, 3.5 bathroom estate, which spanned 538sq m, has been completely demolished and is being rebuilt from the ground up at the direction of the Microsoft tycoon himself.

Mr Gates has already stopped by twice in the last few months with his two bulletproof suburban security details to check on the project, local sources told the Post.

And neighbours are not happy about all the disruptions going on.

“It’s been a nuisance,” one neighbour said.

“They make a lot of noise, my baby can’t sleep,” another neighbour explained. “It’s become a real hindrance on the whole neighbourhood.” Getting permission to build in the area in the first place is a feat within itself. According to local officials, obtaining permits takes a while and is nearly impossible. But if you’re Bill Gates, with a net worth of $134 billion ($A179b), nothing is really off limits.

Although Mr Gates purchased the estate with his now-estranged wife on March 27, 2020, construction did not start until the last three months.

Real estate photos taken prior to the sale of the home show the house was in perfect condition. But Mr Gates still felt the need to gut the entire property.

“The home they purchased was in immaculate condition, not exactly sure why he would want to tear it down,” a local realtor told the Post. Bill Gates has checked up on the progress of the property twice in the last few months, sources said. Picture: Christof Stache/AFP

Located in the upscale Del Mar neighbourhood, Mr Gates is planning on using the home as his summer bachelor pad, according to insiders. 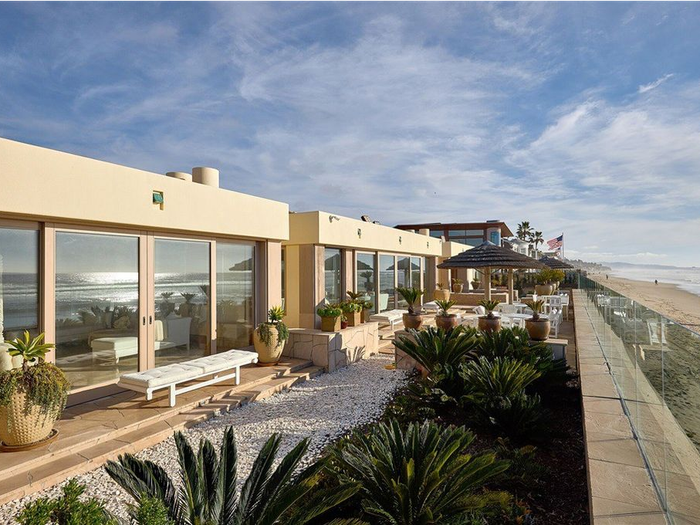