Selling Sunset: Brett has left the Oppenheim Group he shared with twin brother to start his own real estate agency

PHOTO: Revelation: Selling Sunset’s Christine Quinn (pictured) was speaking about the hit Netflix reality show which follows the Oppenheim Group as they sell some of LA’s most desirable houses to the rich and famous

She told the publication: ‘Brett has left to start his own brokerage. The girls are fed up with the favouritism of Mary in the office.

‘We don’t know who will move where. It may be the battle of the brokerages!

‘I think season four is going to be the juiciest season ever.’

The third season saw tempers flare over the apparent ‘favouritism’ that boss Jason had showed toward Mary Fitzgerald when distributing housing listings. 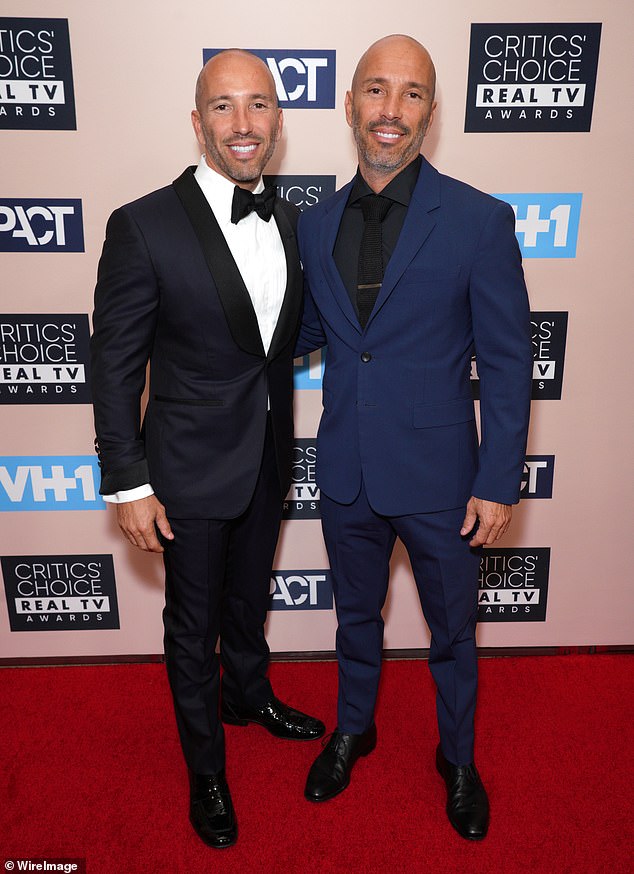 Frictions: The 31-year-old revealed that Brett Oppenheim has quit the firm he shared with his twin brother Jason (pictured together) in order to start his own brokerage

It comes after Jason himself said he wouldn’t have signed up for the show had he known how much it would focus on the cast’s personal lives.

The real estate mogul, 43, was speaking in an interview with Hello!, in which he posed with co-star Amanza Smith in his home.

He said he realises now that a show about real estate alone probably wouldn’t have been so interesting.