PHOTO: The heat maps have revealed that the worst-hit areas for mortgage stress

Red flags have been raised that a huge number of homeowners are already in financial trouble, with an interest rate rise set to tip some areas over the edge.

As interest rates are predicted to rise, new heat maps are showing the suburbs most in danger of mortgage stress, with some of the wealthiest suburbs set to be among the hardest hit if rates go up by just 1 per cent.

The data has found that already up to three-quarters of homeowners in some parts of Australia are facing financial stress.

The heat maps have revealed that the worst-hit areas for mortgage stress include western Sydney, the NSW Central Coast, parts of Brisbane and outer Melbourne – with a warning that when interest rates rise, it will only add to the problem.

Sydney house prices jumped by an extraordinary 27 per cent last year alone. The price rise saw people scrambling to get into the market, and many took on big mortgages with the low interest rates on offer.

But the data now shows a huge number of those homeowners are facing trouble.

Hot spots include the western Sydney electorate of Macarthur held by Labor, where the suburb of Campbelltown has 75.6 per cent of households suffering mortgage stress.

The more affluent electorate of Mitchell, currently held by the Liberal Party, which includes the suburbs Baulkham Hills and Winston Hills, has a high rate of stress with 73 per cent impacted. 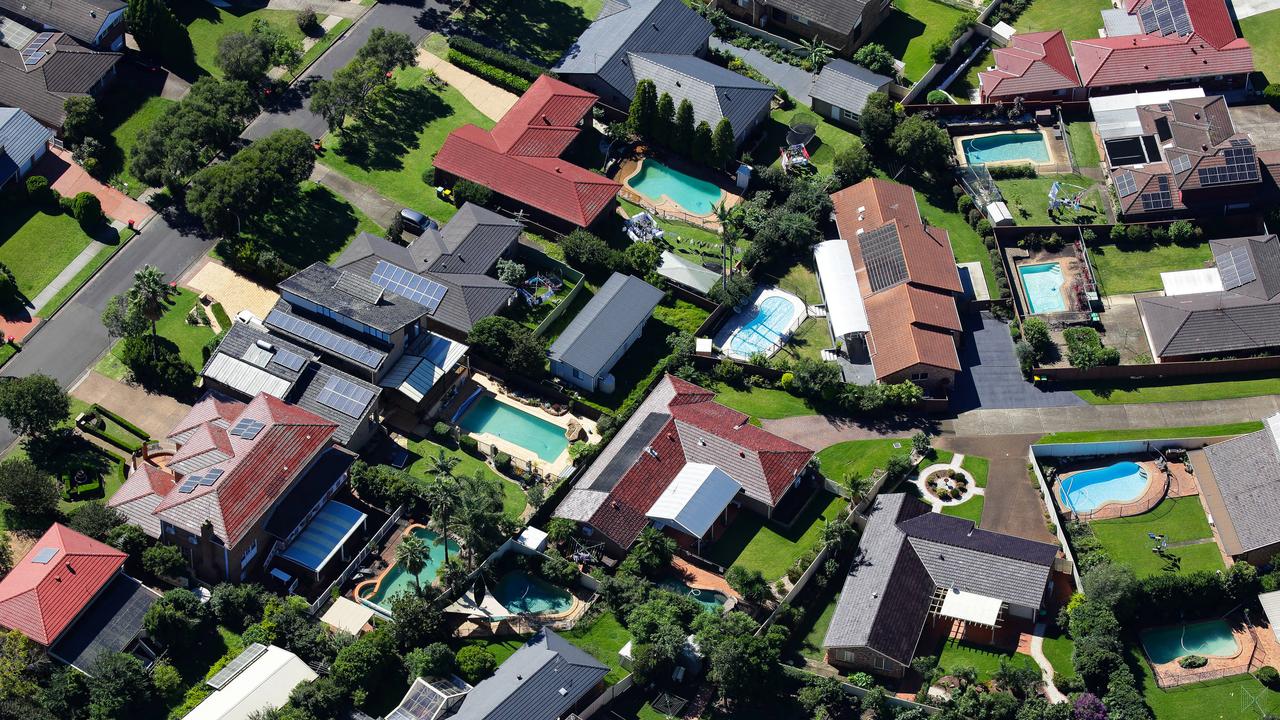 Western Sydney is one of the worst impacted by mortgage stress. Picture: NCA NewsWire/Gaye Gerard 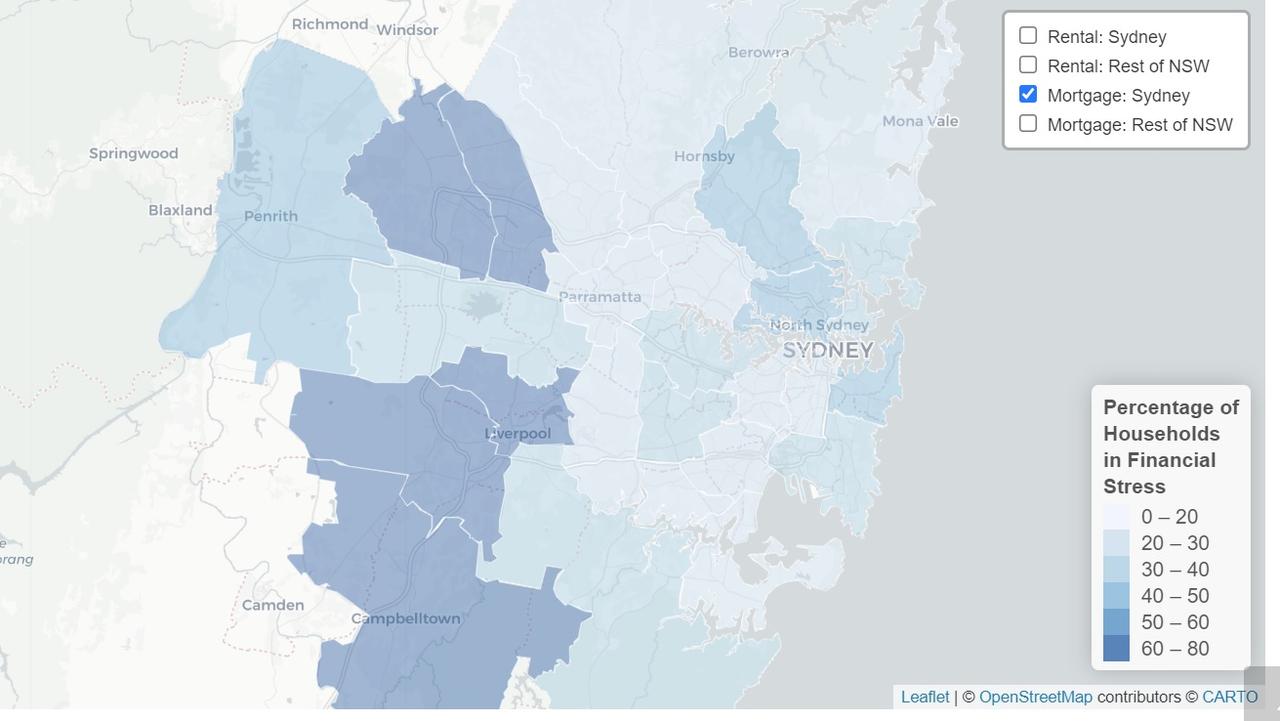 The Sydney heat map shows those areas in the most financial stress. Picture: Everybody’s Home

Financial stress was defined as having less than 5 per cent of income left over after expenses.

It found the Labor seat of Chifley in Sydney, which includes Mount Druitt and Rooty Hill, recorded 73.6 per cent of households in stress.

Over in southern Sydney, 70 per cent of mortgage holders in the Labor seat of Barton, which covers Rockdale and Hurstville, are also in mortgage stress.

Kate Colvin, spokeswoman for advocacy group Everybody’s Home, said while outer metro areas of Sydney tended to have the most financial stress, there were affluent suburbs that were also in trouble.