PHOTO: In 2018, 36% of renters said their house was always or often too cold, compared to only 15% of those who owned their own home.

Analyst Emma Vitz turns her gaze to renting data, discovering that New Zealanders are spending twice as much as they did 30 years ago to live in increasingly squalid houses.

Renting in New Zealand is often considered a temporary stopgap on the way to home ownership. Some see it as an uncomfortable phase that young people put up with for a couple of years while they save for their deposit, along with two-minute noodles for dinner and wearing a sweatshirt to bed to avoid turning on the heater. 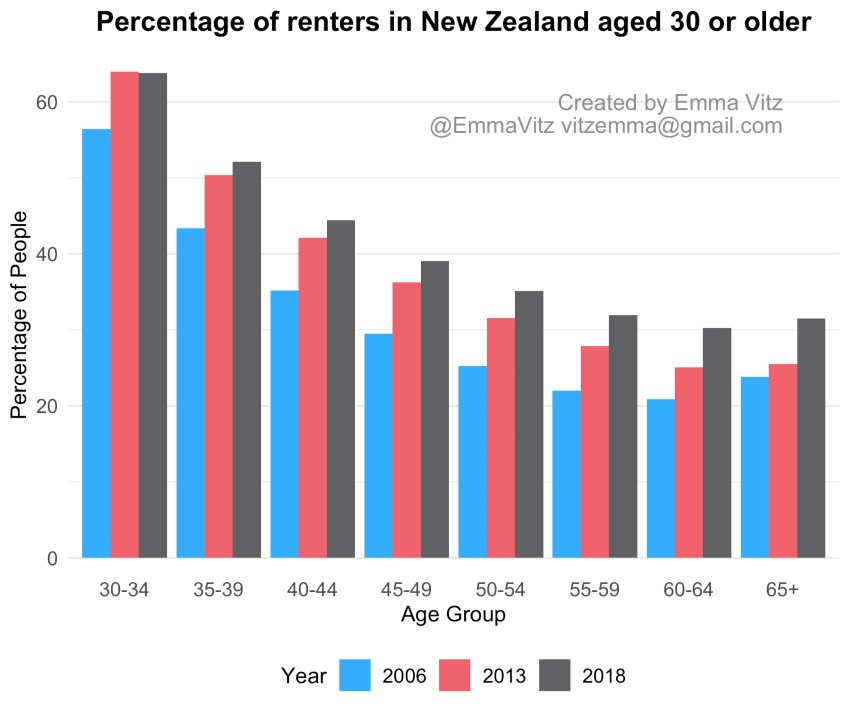 With this in mind, I wanted to have a look at how the affordability of rentals has changed over time. Once again, I took the common financial rule of allocating 30% of your gross income to housing and calculated how much a household would need to earn to afford the average rental going back to 1993.

The prices were inflated to current dollars using the consumer price index in order to make them comparable to 2021 figures. I used rental data from Tenancy Services. This data includes all rentals in New Zealand, from studio apartments to large family homes. I assumed that the average would represent a mid-sized home in New Zealand.

Across New Zealand as a whole, the cost of renting has almost doubled in today’s dollars since 1993. In 1993, an income of $45,856 in today’s dollars was required to afford the average rental. Today, that figure is $84,059. In relative terms, Northland has seen the highest increase in rental prices with an increase of 108% in current dollars. Other regions like the Bay of Plenty and Marlborough have seen sharp increases as well. READ MORE VIA THE SPINOFF