According to STUFF the head of a Wellington-based real estate agency spoofed in an online billboard campaign says he finds many of the signs hilarious and that he respects people’s right to express their point of view.

A website designed to look like agency Lowe and Co’s has been created by three Wellington programmers, and allows users to insert their own slogans on the agency’s billboards.

Contributors have replaced advertisements with statements highlighting unaffordable house and rental prices and the poor quality of housing stock, all in the company’s signature white text on black background. 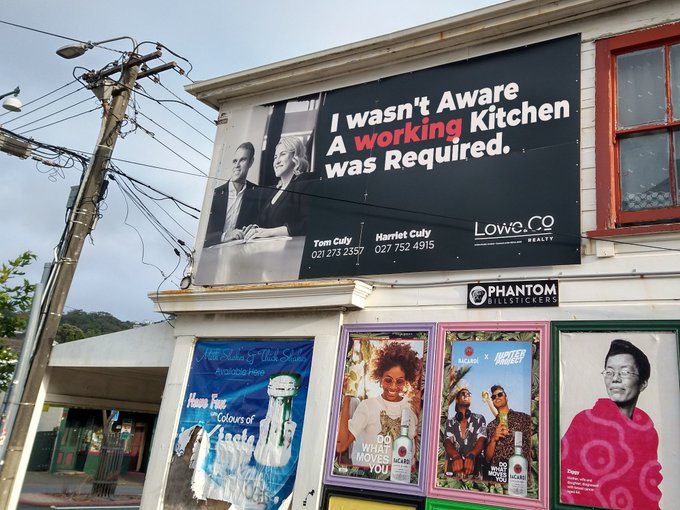 Another reads: “You see a housing crisis. We see an opportunity for portfolio expansion.”

Lowe and Co managing director Craig Lowe said the spoofing of the company’s billboards was surprising.

“It’s a bit humbling to be honest, to have garnered so much attention. From our perspective it speaks a lot to the power of the brand,” Lowe said.

“It’s a pretty fun tool for people to show creativity and humour by creating classic memes and some of the ones directed to us are hilarious. If you can’t laugh at yourself, you don’t deserve to laugh at anyone else.” 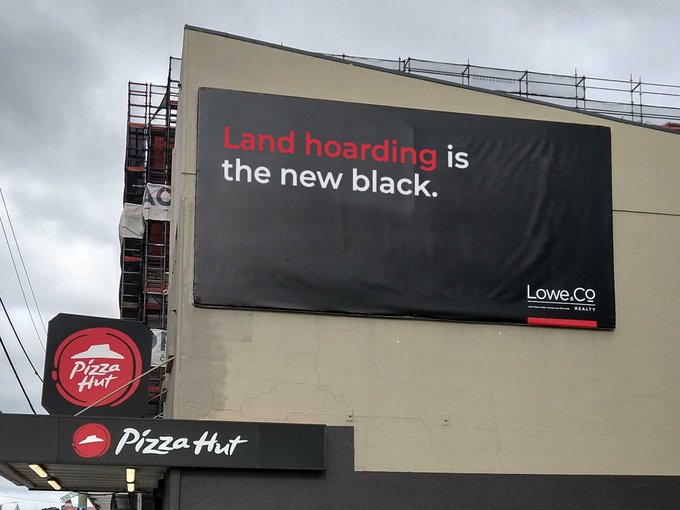 Lowe said many of the billboards weren’t related to real estate agents, and a friend had compared the spoofs to the publics’ adoption of Tui’s “yeah right” adverts.

“Which I think is a great analogy. We’ve always been tongue in cheek with our billboards, and I think this is just an extension of that.”

One of the co-creators of the spoof website, programmer and designer Mix Irving, said the website and app took him, fellow programmer Sam Muirhead and a third friend, who did not want to be named, about 10 days to make.

Two of the three creators owned a home, but Irving said they all had friends who had not managed to get on the ladder.

“It’s upsetting to see how their luck is going, and how inaccessible housing is for so many people,” Irving said.

“I think it’s a societal problem, we are all poorer if some of us don’t have housing, you know?”

The spoof website states it was made because the creators thought that “bragging about being greedy middle-men in a housing crisis felt a bit off”.

“We thought about defacing billboards, but that takes effort (some of them are really high up),” the website reads.

“Then we realised we could give everyone the power to write their own messages; to shape our collective narrative.”

In response to the characterisation as “greedy”, Lowe said he and his staff were always respectful of the fact they were working in an environment that was tough for first home buyers and where prices had become exclusionary.

“From our perspective we don’t influence the market in any one direction, but we are an easy target”

“At the end of the day when you put yourself out there you have to expect that some people will put stuff out there that isn’t so kind, but we can have a laugh at ourselves at the same time – and that’s OK as well.”

“We care deeply that all generations can buy a house and are happy to be part of the conversation around affordable housing.”

Spoof website for sale with profits going to housing projects

The spoof website is also for sale, with the proceeds going to an organisation improving housing accessibility.

“As savvy investors, we’ve added a lot of value to this now luxurious and well-appointed domain,” it reads.

“The current RV (rateable value) is at about $10k, and is only going to go up. Sale will be by a complex and opaque tender process in the future. We’re currently looking into local housing-related projects to donate profits of the sale to.”

Irving said the trio planned to run a tongue-in-cheek Trade Me auction.

They had not settled on which provider to pick. 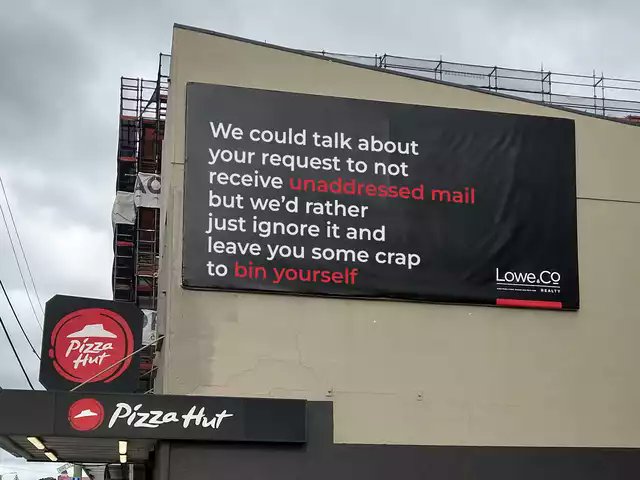 2022-05-11
Previous Post: IT’S HERE: The fastest-growing global real estate company has expanded into New Zealand
Next Post: The number of properties for sale in the Wellington region increased by a ‘staggering’ 90 per cent