Sydney’s famous Star Trek house is for sale with an out-of-this-world price guide and an owner who has apparently never lived in the starship property nor heard of Captain Kirk.

The five-bedroom trophy home at 21 Caladenia Cl, Elanora Heights on Sydney’s northern beaches was built by trekkie fan and property developer Peter Chedid in 2010, who on-sold it four years later.

The 2ha property is now listed via Shayne Hutton, of Sydney Country Living, who said given the position, views, facility and build quality he is expecting interest between $18m and $19m for the statement property.

That would set a new real estate record for Elanora Heights. 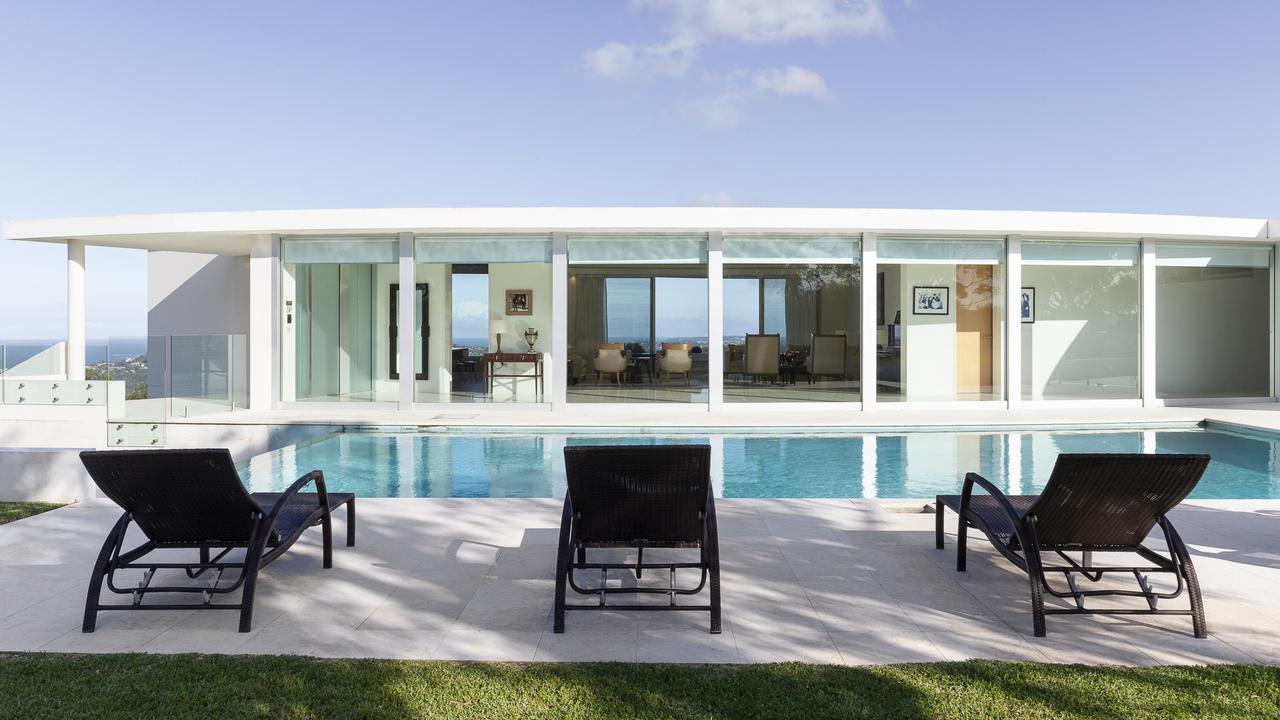 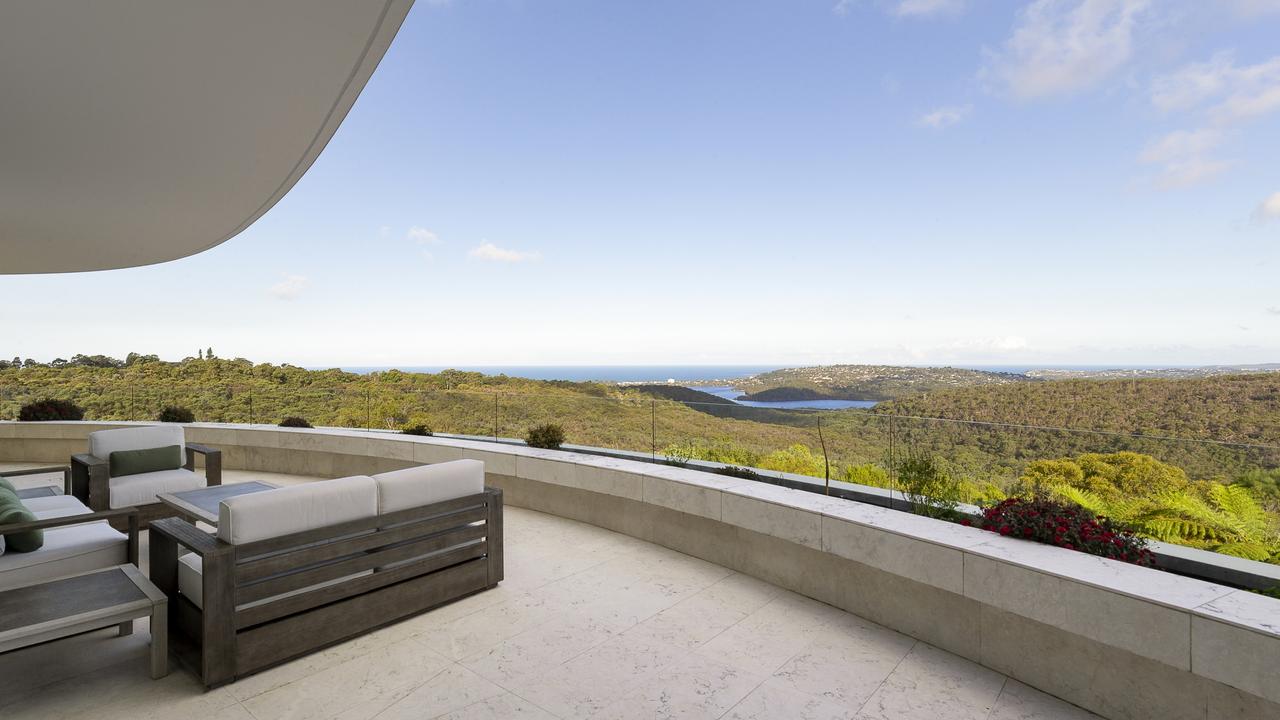 At present, the record for Elanora Heights is $10.5m for another acreage property in the cul-de-sac, 11 Caladenia Cl is also on 2ha and traded in January 2021.

Chedid commissioned the spaceship design on an elevated site and included a 15-seat home cinema decorated with a space image taken from the Hubble telescope.

However, he sold the acreage home in 2014 for $8.39m to a Chinese investor who lives overseas and who has never visited the property. 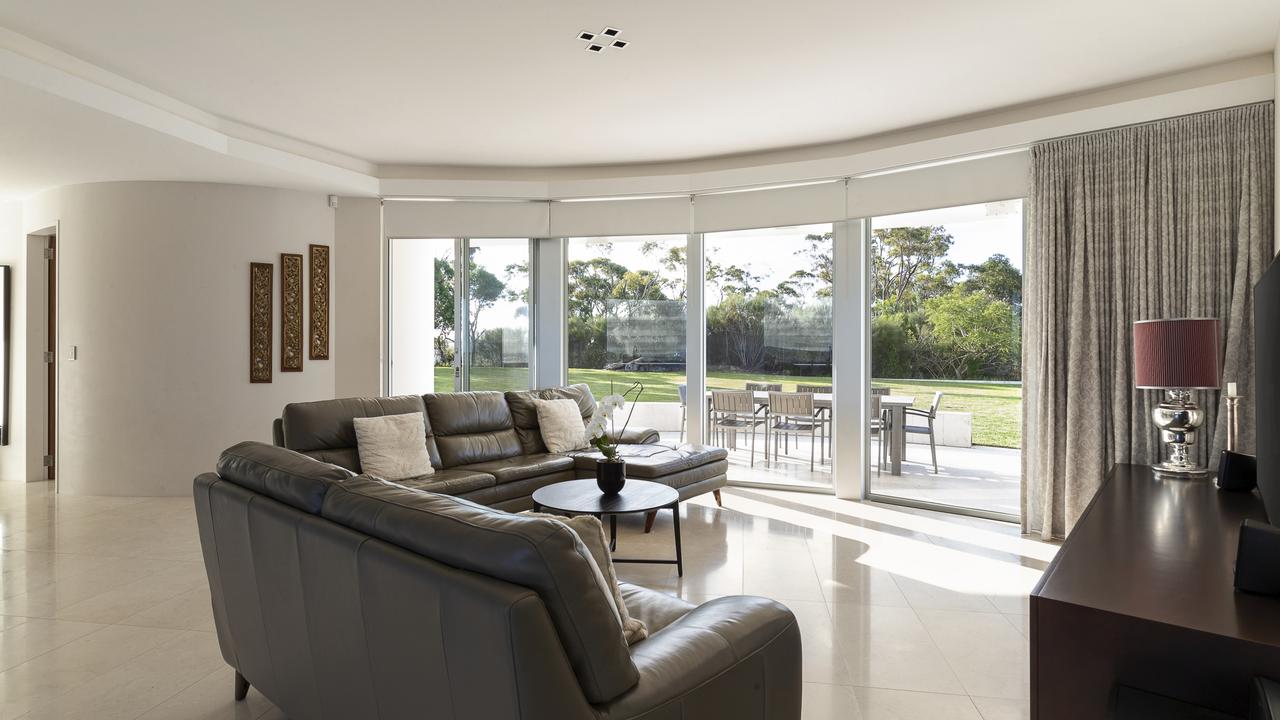 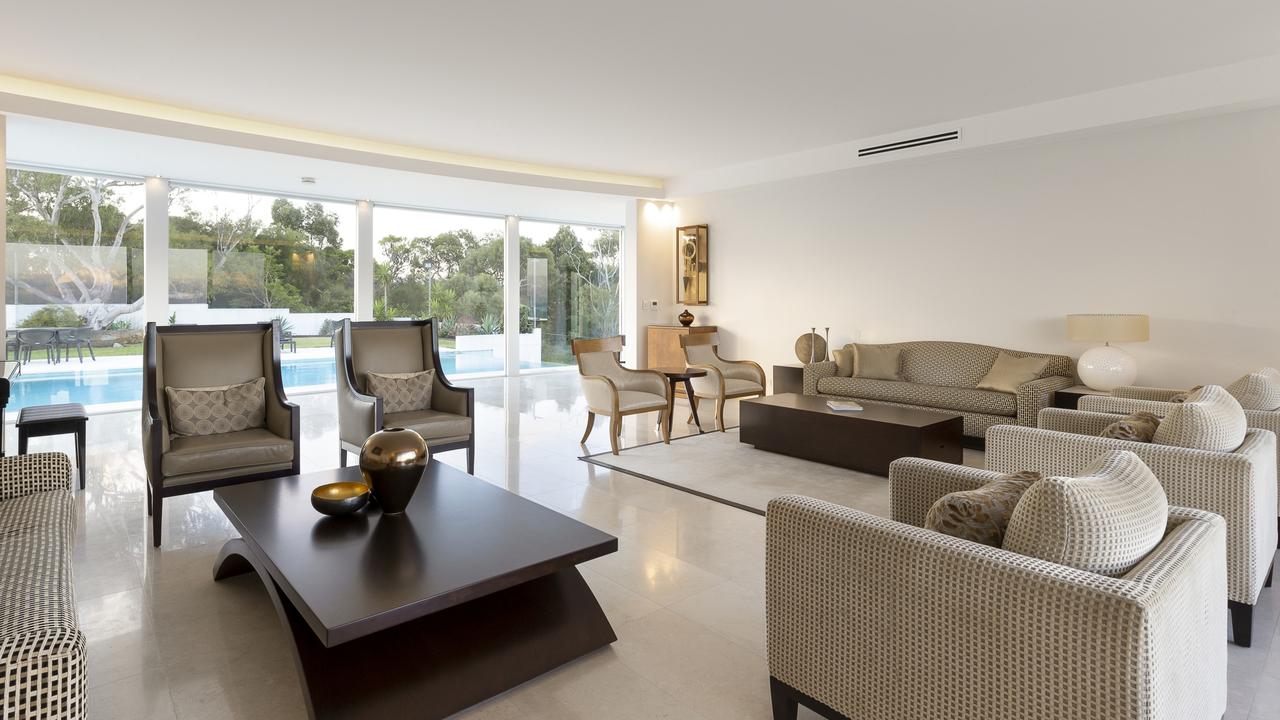 The view to the pool.

Word is that the investor didn’t even know about the Star Trek series, but just wanted a strong investment in the area.

Property records show the house is owned by Bright Pearl Group Pty Ltd and the company is known to have purchased several properties in the Ingleside and Elanora Heights area with extended family members in Sydney keeping an eye on the homes for the owners in China. 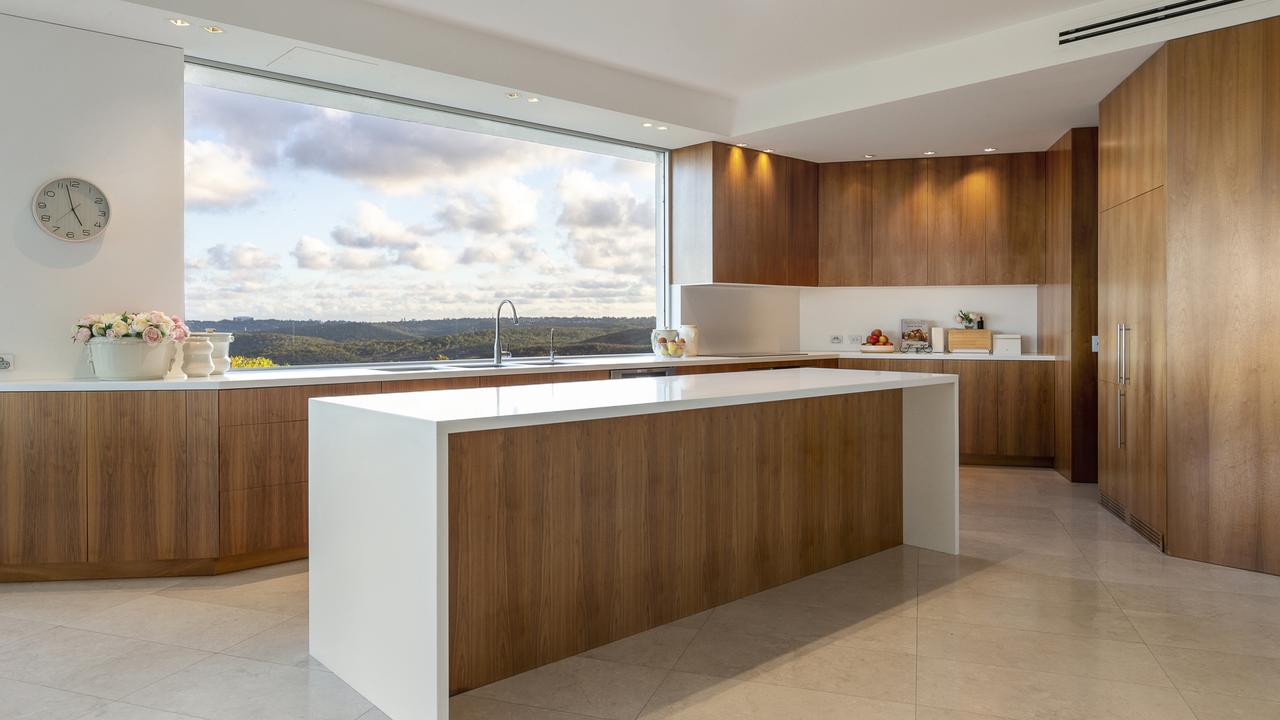 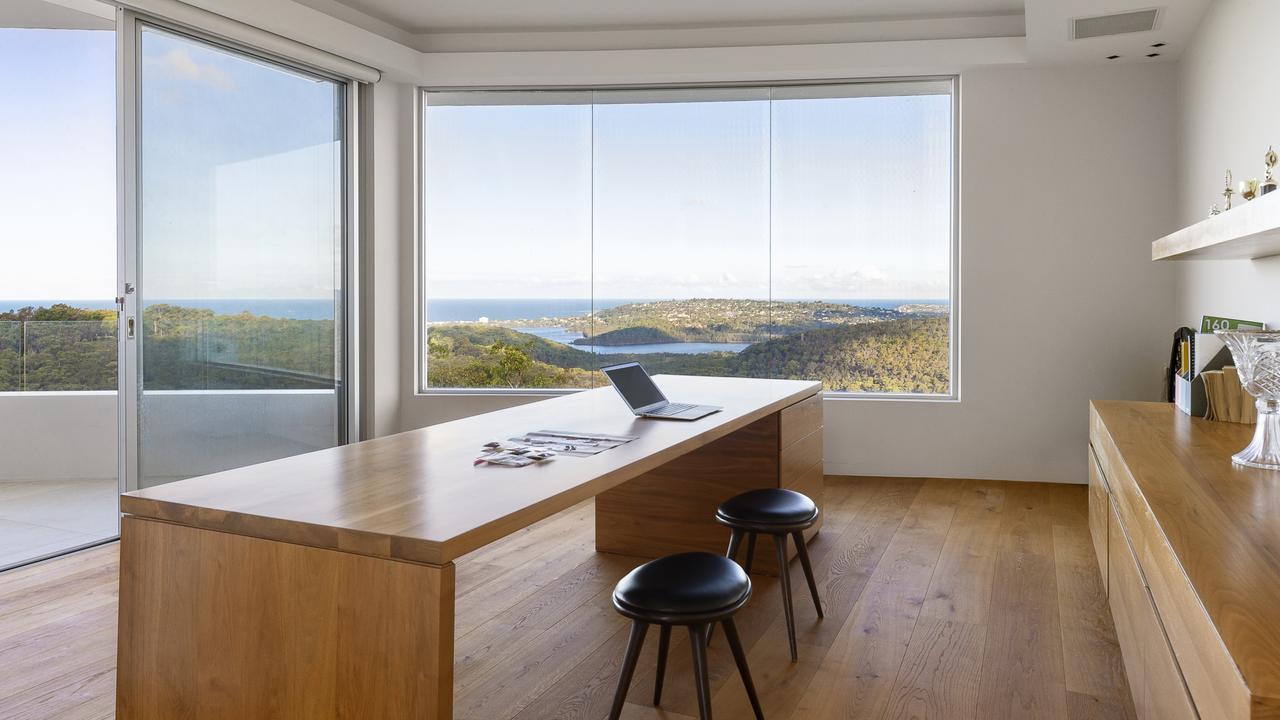 Now THIS is a home office.

Currently the house is being rented out at about $4000 a week.

You can’t see the Starship Enterprise house from the road but from the air the spaceship profile is clear with its two distinct wing shapes and within hours of going online the agents counted more than 850 social media clicks and likes for the listing.

“Exquisitely unique, eye-catching and contemporary, this stunning property presides over five acres of high set perfection, designed for every room and every space to indulge in the panoramic district and ocean views. 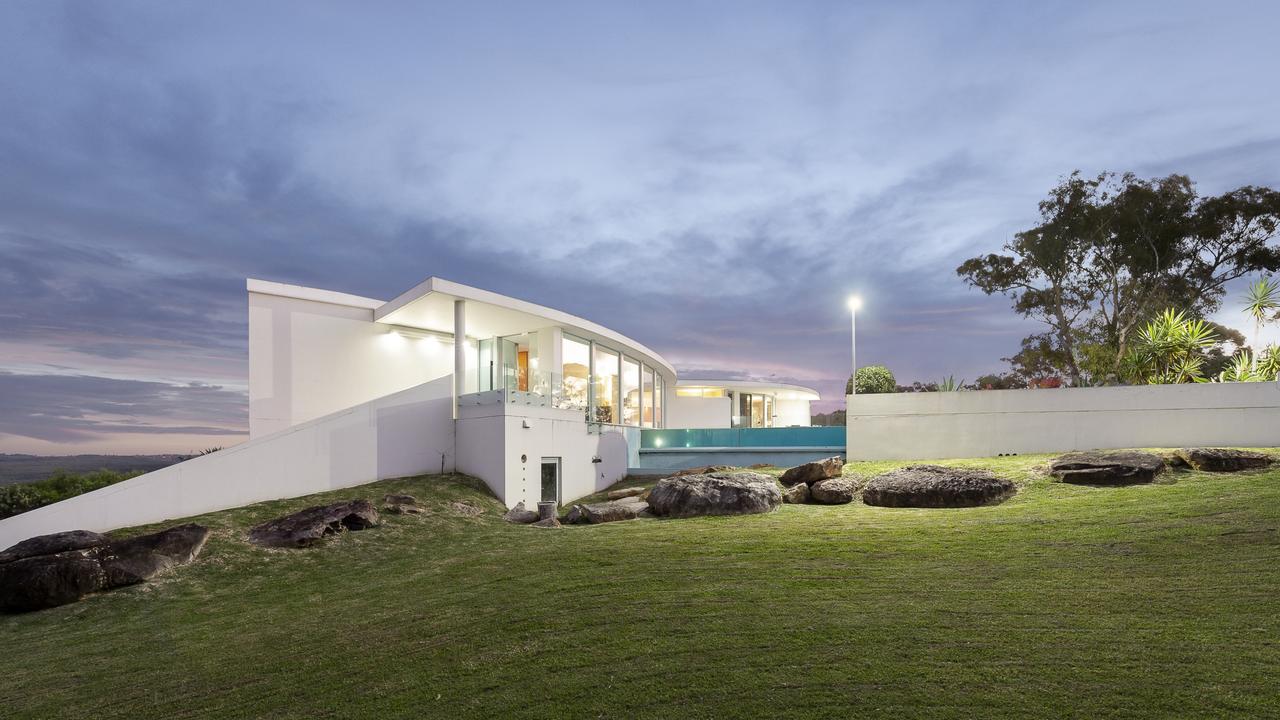 A masterpiece from every angle. 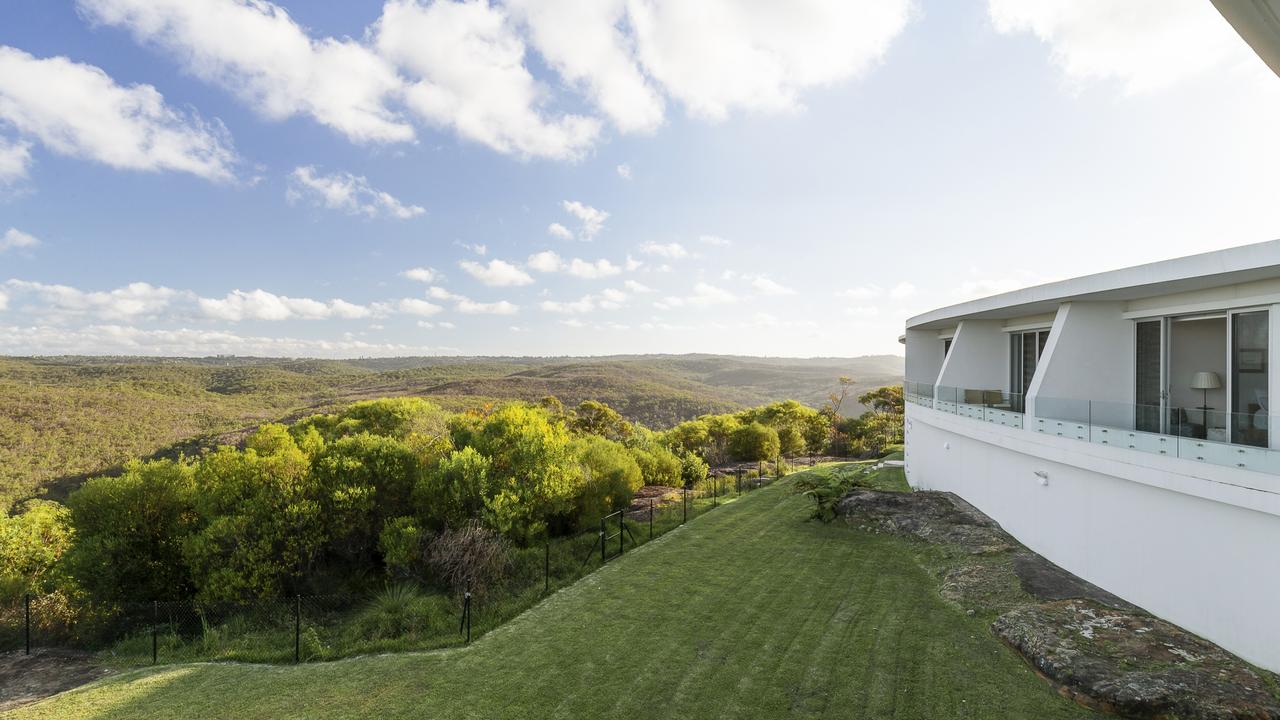 The Star Trek house is on 2ha.

2022-04-21
Previous Post: Owners look to future of abandoned resort | WATCH
Next Post: How to BUY a house – HUSTLE: The house that VIBRATORS built